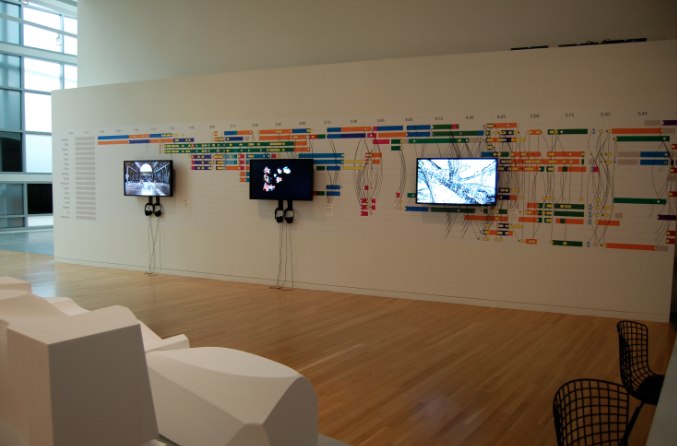 From 2007 to 2009 I worked with Maria Palazzi, Norah Zuniga Shaw, William Forsythe, and a team of students and faculty developing Synchronous Objects for One Flat Thing, reproduced.

I served as the Generative Designer for the project.

I created to the following three procedural animations using Houdini:

I generated the following visualizations from an overhead performance video using Max/Jitter:

I programmed a java-based web tool (with Michael Andereck) which allows generative agents to draw based on interactively adjusted parameters which in turn could be controlled by data channels derived from analyzed dancer behavior.